Caregiving Will Be Enhanced By Technology 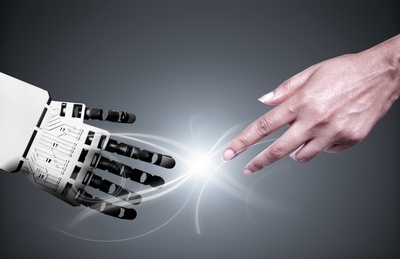 Recently I’ve become fascinated with artificial intelligence. Weird, right? Possibly, but the more I know, the more I want to know.

And that’s good, because it seems everywhere I look, in everything I investigate, artificial intelligence (AI) is being mentioned these days.

You may remember I blogged about discovering a female-led lab and research team out of Montreal that was being funded for work on a wide range of ambitious AI research projects. Well my interest in the development of artificial intelligence has only grown since then, and my interest led me to discovering a website, ’Partnership on Ai to benefit people and society’.

This partnership, founded by over a half-dozen of the big players in web-based technology along with  others, intends to “conduct research, organize discussions, share insights, provide thought leadership, consult with relevant third parties, respond to questions from the public and media, and create educational material that advance the understanding of AI technologies including machine perception, learning, and automated reasoning”.

Among their goals is to: “identify and foster aspirations efforts in AI for socially beneficial purposes, to seek out, support, celebrate, and highlight aspirational efforts in AI for socially benevolent applications. Identify areas of untapped opportunity, including promising technologies and applications not being explored by academia and industry R&D”.

That is exciting. Especially for those of us who work in the social field. Could AI bring new ways to help the social welfare of the populations we work with?

Can you imagine a day where we might be further using advances in technology to benefit our clients, families, and staff of our organizations?

Already there are robots out there that are helping care for people.

At Japan’s Riken Brain Science Institute, along with rubber manufacturer Sumitomo Riko, they have built an experimental robot that is “able to lift patients and gently transfer them between beds and wheelchairs”. While ‘Robear’ is currently being developed in Japan with the country’s ageing population in mind, it does have potential to do the physical work of a broad range of work that caregivers are currently doing.

While making a robot capable of handing the physical load is well underway, the one thing that would be more difficult to replicate is the companionship that caregivers provide. But it is not impossible, according to software developers.

Currently there is a “collaborative service robot” being developed and tested by Vancouver-based robotics firm JDQ Systems Inc., along with researchers from the Developmental Disabilities Association, Mitacs, the University of British Columbia and Simon Fraser University.

The robot, called Aether, is being developed and tested to move independently through the user's home, as well as respond to voice commands. It can actually answer questions. Artificial Intelligence at work.

The technology, they say, is not meant to replace staff, but act to help support staff and clients by, for example:

• acting as an extra set of eyes for staff;
• detecting falls, or seizures;
• turning lights on or off;
• prompting residents of their schedules.

This technology could really have the ability to enhance things, to alleviate stress, and support caregivers. The developers insist Aether is not meant to take away from their jobs, their care, and the human friendship and interaction they provide. It could, however, do the mundane tasks to free up time for the caregivers to do what they do best.

The marriage of the best that technology and artificial intelligence have to offer, along with the intuitive love and care that we give as humans, leads to enriching the lives of those we care for – ultimately that would be a great goal to achieve.

Watch a video of the robot Robear in action: https://youtu.be/J3edDaPSdY4